HAVING A PLAN FOR YOUR FAMILY

By Rachel AlverezNovember 4, 2020No Comments

For most people, Estate Planning is a mystery; for others, it is simply not a priority for the simple reason that there is always time to do it “later”. Most individuals consider Estate Planning to be an issue for the elderly. Unfortunately, it applies to all individuals in any walk of life because we are never promised tomorrow.

However, Estate Planning is not necessarily only for what happens after you die. Estate Plans can be tailored for an individual’s specific needs or can be suited for specific events that may occur in the future. Most of us are familiar with Terri Schiavo and the legal battle that ensued between her parents and her husband. For those who are not familiar, at the young age of 26, Terri suffered a full cardiac arrest on February 25, 1990. She was later resuscitated but suffered massive brain damage to lack of oxygen to her brain and was left in comatose. After two and half months without improvement, her diagnosis was that of a persistent vegetative state. For two years, the doctors attempted all forms of medical treatments that may assist Teri in her recovery but were unsuccessful.

In 1998, her husband made a petition to the court to remove her feeding tube pursuant to Florida law. Her parents, however, felt that there was still hope and that she was in fact conscious. This is when the 7 year long legal battle between her husband and her parents began. After 14 years of being in a vegetative state, the State of Florida made the determination in favor of her husband. The feeding tube was removed and Teresa Marie Schiavo died on March 31, 2005 at the young age of 41. The legal issue here was Teri Schiavo did not have a written document authorizing or expressly stating what her intentions would be in this circumstance.

The court had to decide as to who had the right to make that decision. The court had to decide whether the parents’ rights trumped the husband’s rights. In this case, the court determined the husband had the right to make that decision. Most individuals do not understand that this is more common than you would think. Sadly, you are never too young for the unfortunate to happen. It is tremendously important to plan. Developing a proper Estate Plan will let YOU dictate what would happen if the unfortunate happened. In an estate plan, you will include legal documents such as a power of attorney, living will, pre-need guardian, health care surrogate, a trust and last will and testament. These documents all have specific meanings and specific instructions on each stage throughout your life.

Most of these documents can be altered by you at any time. A power of attorney is a written document that is made to designate a person to act on your behalf for a limited or an undetermined amount of time. Documents such as the living will, health care surrogate and pre-need guardian would allow you to designate a person to act on your behalf on specific occasions as you direct them. Each document performs a particular purpose and for a particular time. Having these documents readily available will allow your wishes to be carried through. Sometimes when family members are put in a situation to make these decisions it may not be the same outcome you would like it to have.

It is always best to have your wishes written out. Often these circumstances are emotional for all involved. Making decisions like the one that Terri’s family had to make is not easy. It comes with a lot of emotion and turmoil. However, it does not have to be this way. The Terri Schiavo case has helped make strides to uniform the law in the case much like this. 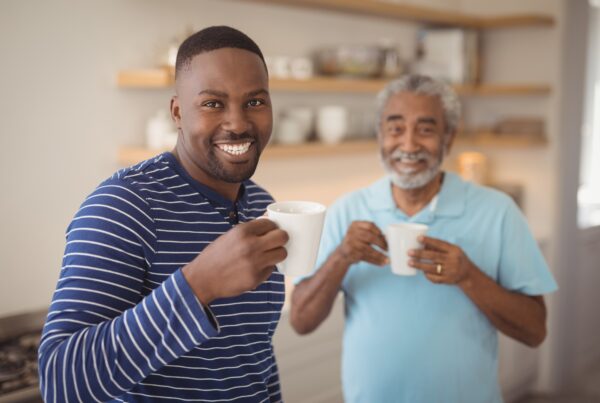 What’s the best type of life insurance for me?

WHY BLENDED FAMILIES NEED TO PLAN AHEAD

© 2023 Black Folks Invest. Disclaimer: The materials found in this website have been prepared for information purposes only. None of the information contained herein should be construed as investment advice nor does the information imply any guarantee as to the results of future investments. You should not act or rely upon this information without seeking formal advice. Nothing on this site is intended to create a client relationship.